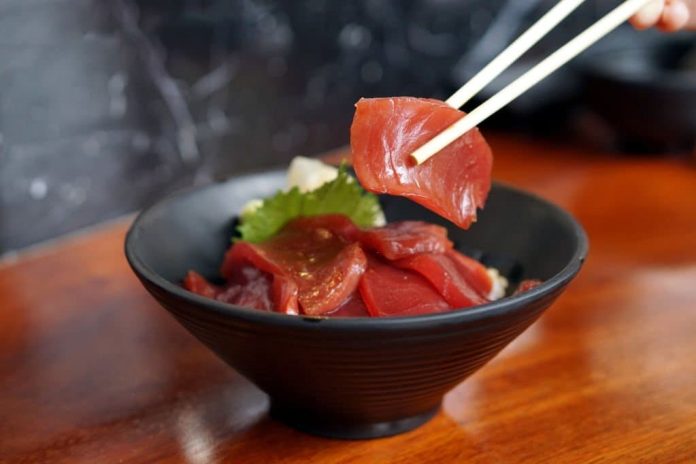 In every different type of cuisine around the world, people cook their food much more differently than each other. Some flavours that one country may prefer may not be the same as another’s. In that same vein, two or more countries might share the same preferences for flavours, giving them similar tastes that no one can fully expect. However, one thing stands out; how and if a cuisine cooks their food.

In some countries, like Japan, foods like sushi and sashimi are considered delicacies. In others, raw meat dishes are considered to be one of their traditional staple dishes, like Lebanon’s kibbeh nayeh. As a result, some raw meats and vegetables can be eaten raw, given they are thoroughly washed, prepared and eaten fresh or on the same day.

The best option when it comes to meat and produce is always to, at the least, smoke or steam them before eating. This article covers the potential health risks to eating raw meats and vegetables, as well as how to properly prepare raw meats and veggies to eat. You can also visit this website to find any grills or other accessories you may need to prepare all sorts of dishes safely: https://dicksonbbq.com/

Depending on the food you’re planning to eat, raw meat and produce can carry a wide range of potential bacteria and viruses. The cooking process often uses a high heat to kill any bacteria that lingers on the surface of or inside the food. By eating the meat or vegetables raw, you run the risk of getting the virus or bacteria.

Though it’s far less likely that any fruits or vegetables will be contaminated, there is still the chance that your produce can get contaminated. Bacterial cultures and viruses like E. coli and Salmonella are more often found in animal products, like undercooked meats, raw or lightly cooked eggs, and even unpasteurized milk. If your fruits and vegetables come into contact with contaminated animal products – most of which are the most likely to be the host for bacteria – the produce itself can become contaminated as well.

There are a number of uncooked meat and vegetables that are commonly found to carry food borne illnesses and can contain high risks of food poisoning. Even raw foods like chicken aren’t limited to forming just E.coli and Salmonella, increasing the risk of death in some cases. Children, pregnant women and other vulnerable people run a much higher risk than healthier people, so be sure to cook your food well.

Salmonella infections, also called salmonellosis, is one of the most common bacterial diseases linked to eating contaminated meat and vegetables. Though contagious, salmonella isn’t a deadly disease if you’re healthy and can be recovered from in between a number of days to a week. However, much like many illnesses, if symptoms worsen or are particularly severe, you need to visit a doctor or health care provider.

One potential infection you may contract primarily comes from eating raw or undercooked oysters as well as some types of shellfish. Many Vibrio species are known to cause vibriosis, a type of disease that can gastrointestinal as well as a blood or wound infection.

Though the other types of infections can be lethal, the gastrointestinal infection is less deadly. If the case is mild enough, recovery can take about three days and leaves no lingering effects. However, severe cases can lead to the need for intensive care, limb amputation and even death.

Though relatively unknown, some strains of E. coli – also known as Escherichia coli – are typically found in healthy intestines of both humans and animals. Most of the time, many E. coli strains cause brief diarrhoea if they aren’t entirely harmless to begin with. However, one strain named E. coli O157:H7 can cause rather severe symptoms.

Primarily found in contaminated raw vegetables and raw ground beef, the symptoms can be vomiting, severe stomach cramps and bloody diarrhoea at its worst. Much like a salmonella infection, healthy adults can recover within a week or so, but are highly contagious while they have the infection.

Can you eat raw meat?

Depending on the type of cuisine that you make your recipes from, there may be finished dishes that contain raw meats. Typically, these dishes tend to be more traditional, like Korean Yukhoe, Amsterdam’s ossenworst sausages or even the rather well known steak tartare. While it can be relatively safe to eat these dishes as well as other cuisine’s raw meat dishes, there are many precautions you need to take before beginning to prepare them.

One of the most important safety precautions you need to take is to make sure the meat is fresh. This can mean that you either buy the meat from butchers that know how your meat will be eaten or you do any processing yourself. Either way, you should always buy the meat on the day you plan to make the dish, further guaranteeing its freshness. Additionally, make sure you keep the meat refrigerated until you plan to serve it, due to the fact bacteria tend to thrive in warm temperatures. If you aren’t sure of the meat’s freshness or your butcher’s reputability, always grill or fry the meat during the preparations.

There are a number of vegetables that you can eat raw, but it’s always safe to thoroughly clean them beforehand. As mentioned, contaminated raw vegetables can contain dangerous strains of E. coli bacteria. However, there are also a number of vegetables that give you many health benefits when eaten raw, as some vitamins and antioxidants can be lost when cooked at high heats. Some vegetables like carrots, beets, and asparagus should be cooked since the process actually brings the antioxidants and vitamins out.

As with many kinds of foods, the safest option when preparing meat and vegetables is to grill or cook them. Many bacteria or viruses can contaminate the foods, many of which are greatly harmful to humans. The process of thoroughly and properly cooking meat and veggies not only kills off these bacteria and viruses but also can give a health boost and a great taste to your dishes.

7 Useful Tips To Improve Your Sleep And Feel Better

The Top Tips for Learning How To Do Yoga