The second most popular grass for North Texas – St. Augustine – provides more shade tolerance than Bermuda grass and has only a few disease problems.

Homeowners in North Texas grow warm season grasses including the native grass of the West Indies and the Gulf Coast – St. Augustine. A broad-leafed grass that spreads by stolons, St Augustine tolerates shade and humidity better than most grasses. It does not work as well as Bermuda in high traffic areas though and North Texas is the northern limit of its cold hardiness.

A healthy stand of St. Augustine keeps out most weeds. However, the grass is subject to Brown Patch, Take-All Root Rot and St. Augustine decline infections that slow growth or kill the grass without intervention. 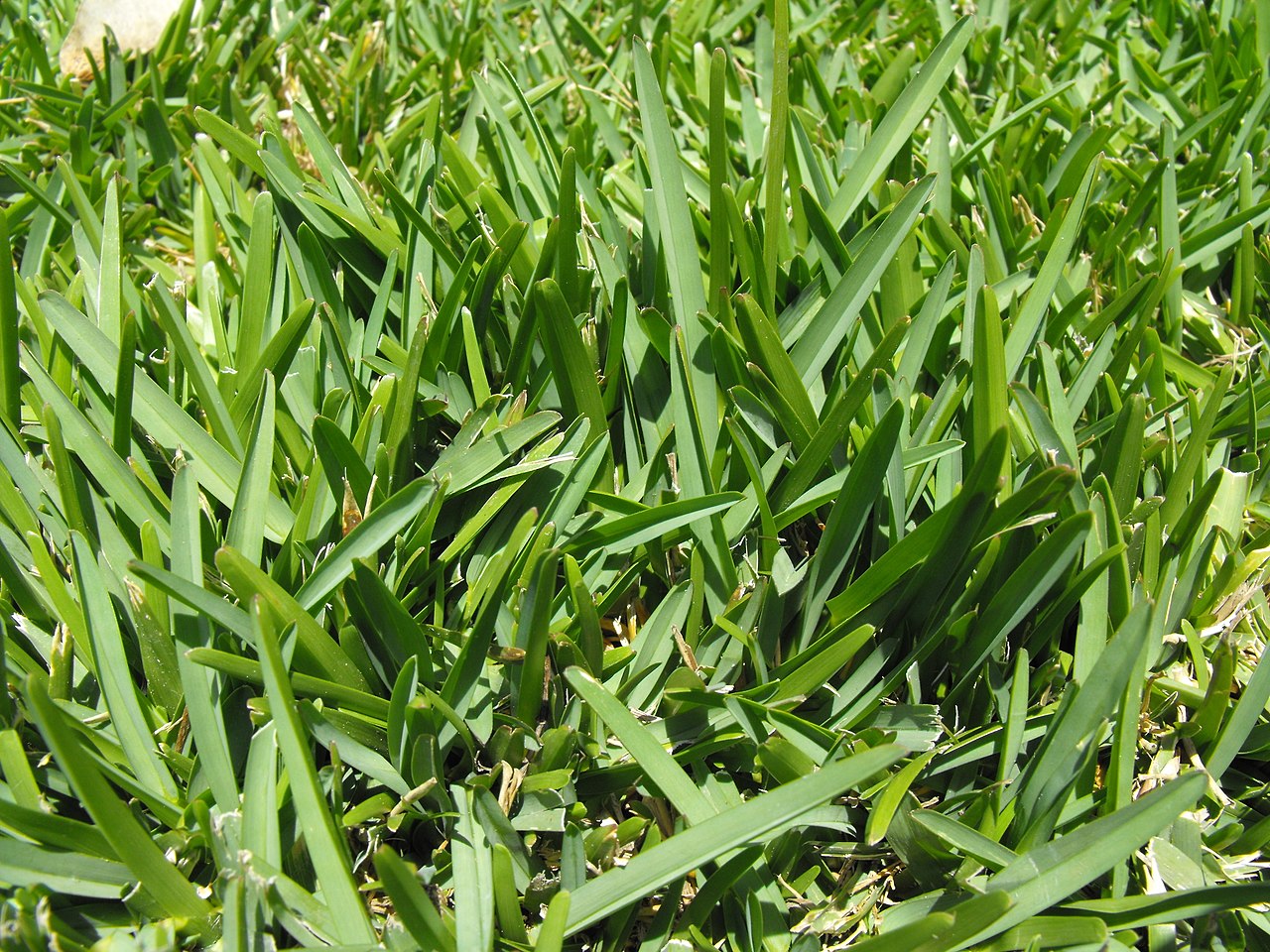 Brown patch, a fungal disease, is most prevalent on St. Augustine grass when daytime temperatures exceed 80 degrees Fahrenheit. Dead patches of grass that start small and grow to circles as wide as 3 feet in diameter characterize Brown Patch.

It is possible for the center of the patch to re-green creating a donut appearance. The disease occurs on previously greened spring grass as opposed to brown patches caused by grubs or cold weather. Dark, smoky rings may be present on the edge of the patch.

Brown patch can be treated with fungicides containing terrachlor or thiophanate-methyl. Immunox has been shown to be very effective in treating Brown patch.

Take-all-Root Rot (TARR) is another fungus disease whose symptoms occur in St. Augustine in the summer. Beginning in the 1990s, TARR became a major turf grass problem for all states along the Gulf Coast including Texas. Although it attacks the stolons and shoots, its primary damage is to St. Augustine’s roots.

Visual identification begins with yellow patches. Growth is stunted and black dots may be present on the blades. If the grass is pulled up, the roots will appear shriveled, as opposed to grub damage that removes the roots entirely. TARR is more frequently seem in heavily shaded areas.

TARR kills the entire grass plant and can be hard to control because most fungicides do not effectively eliminate it. Texas A&M University research scientist, Dr.Phillip F. Colbaugh, recommends treating TARR with one-half inch of sphagnum peat moss that acidify the soil and eventually kill the disease. Other treatments with some success include Immunox and myclobutanil. 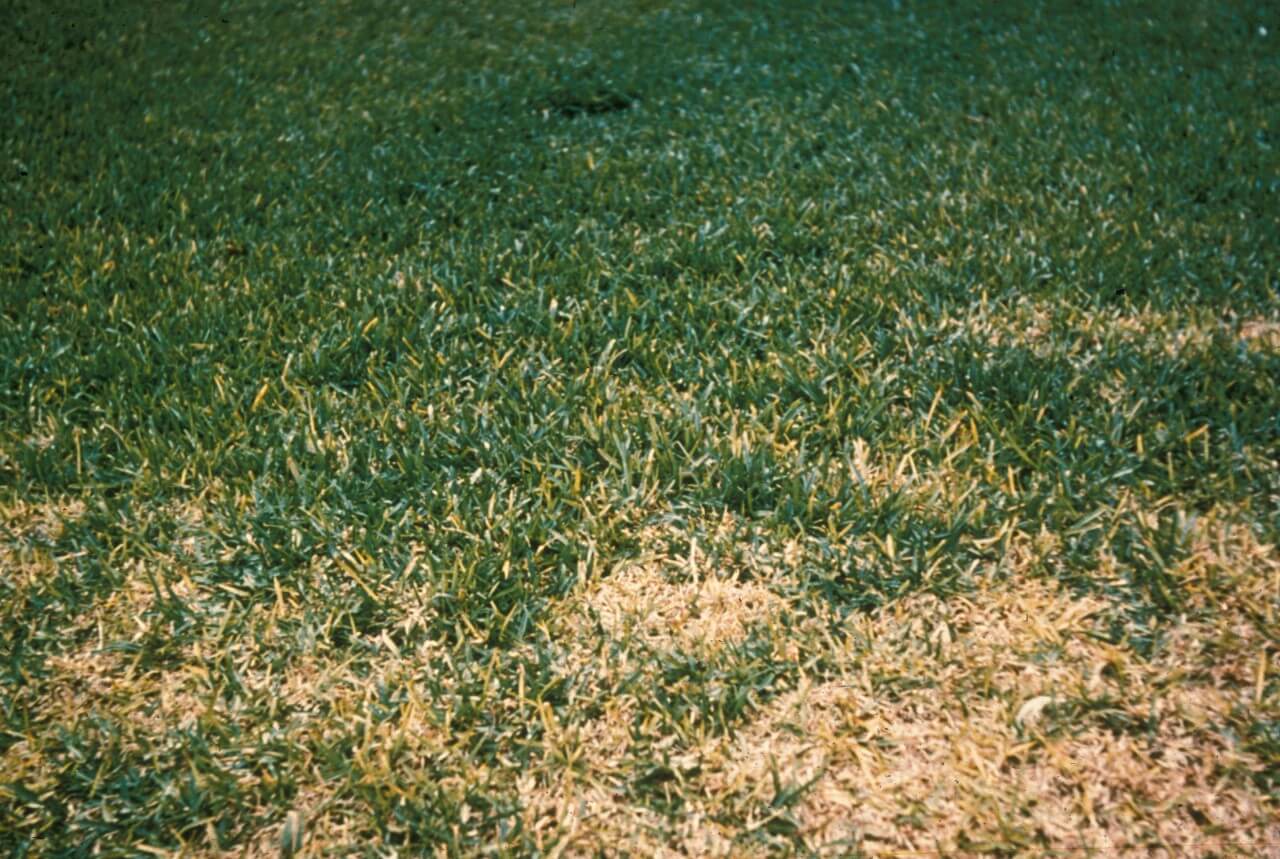 St. Augustine decline (SAD) is a viral disease that begins appearing as splotches of green and yellow that gradually turns completely yellow or chlorotic with failure to thrive and end with die-back within three years.

The SAD virus spreads by contaminated mowing equipment and other lawn tools or by laying St. Augustine sod that is already infected. There is no effective treatment for SAD according to Louisiana State University report on SAD. The best control requires planting a resistant variety of St. Augustine grass such as Raleigh, Floratam, or Seville.

St. Augustine grass provides excellent ground cover and requires little only appropriate watering and fertilization. Water St. Augustine deeply when the soil is dry at 1 inch deep. Since most North Texas soils are high in phosphorous, an all nitrogen fertilizer is recommended. A soil test can confirm the appropriate nutrients for a particular lawn. 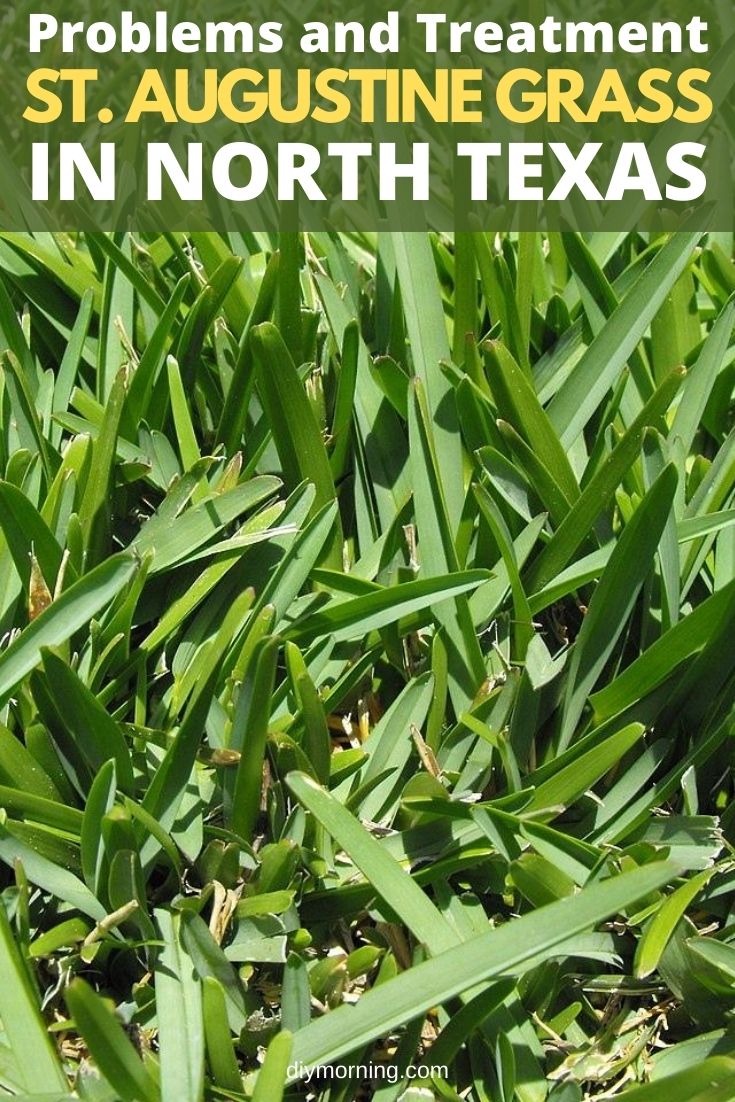