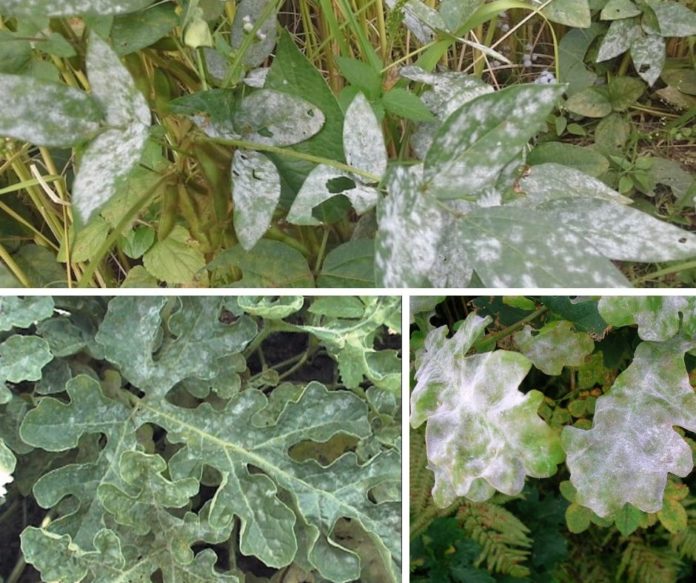 Powdery mildew is a fungus that harms some fruits, vegetables and flowers but damage can be prevented with proper precautions.

Powdery mildew is a common garden plague. It is a white or gray dusty looking fungus that shows up on the leaves of infected plants. Records of it go back to ancient Greek times, when in 300 BC Theophrastis wrote about its appearance on roses.

Outdoors, powdery mildew is most prevalent during humid weather but when it appears on houseplants the fungus can thrive despite the season. Different types of fungi are all classified as powdery mildew.

Many types of plants, including roses, squash and cucumbers, among others, are prone to developing this fungus. 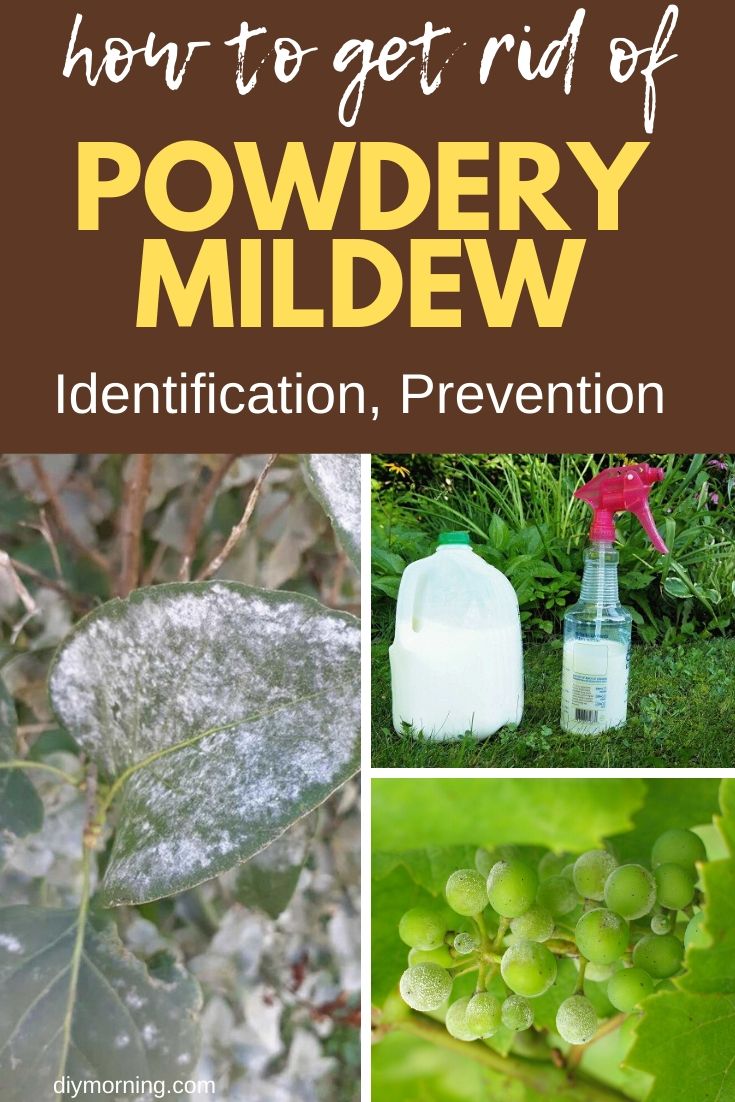 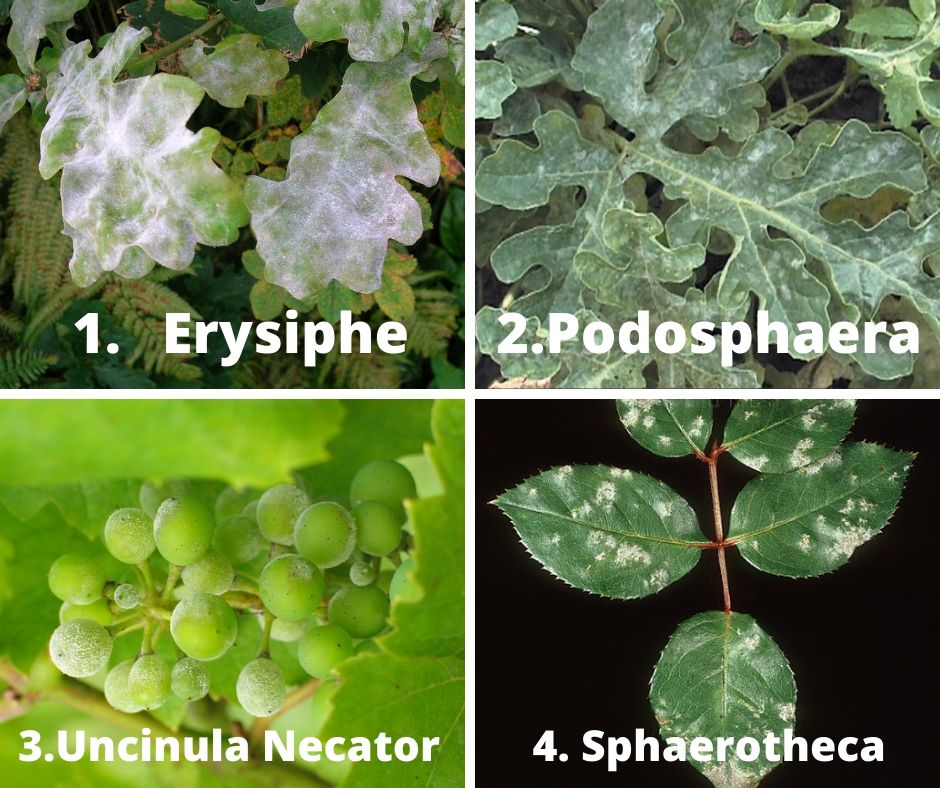 There are four types of fungus that are identified as powdery mildew. Podosphaera appears on fruit trees, such as apple and peach. Erysiphe plagues flowers and vegetables. Uncinula necator attacks grapes and Sphaerotheca shows up on stone fruits, berries, or roses. Powdery mildew tends to show up on outdoor plants during the end of the summer, but can appear on house plants all year long.

Other symptoms indicate the presence of powdery mildew. Sometimes this fungus leads to problems with the development of fruit or flowers. The fungus can block light from the leaves of plants and inhibit photosynthesis. The inability to photosynthesize can affect fruit or flower bearing plants, as they will not have the energy they need to develop properly.

Some fruits like apples and melons can be adversely affected through poor development of the fruit or flower. Fruits can grow rough skins, while vegetables are usually fine. Roses can have deformed new growth. Powdery mildew can weaken the plant if the fungus is excessive, but otherwise the problem is usually not fatal. 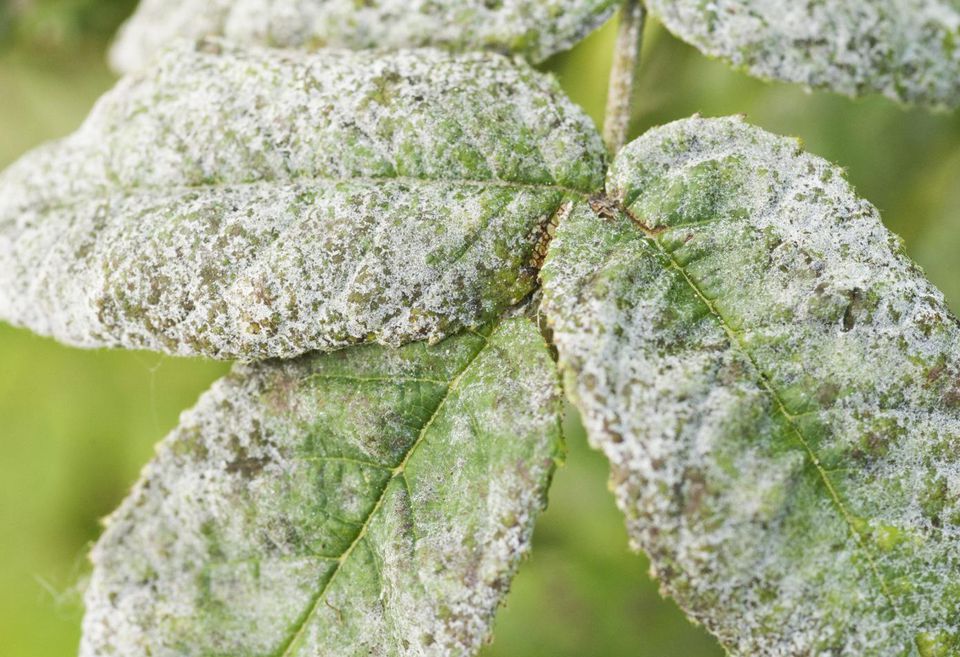 Generally, powdery mildew is caused by high humidity and crowded planting conditions. Though, it can also occur in hot, dry climates as the fungus does not need lots of water to develop. This fungus does not spread like a disease but since it is caused by specific conditions it can affect plants in the same environment.

Shade or plants growing too close together can exacerbate humidity issues. The powdery mildew spores are also spread by wind. The fungus survives cold weather by over wintering on fallen leaves or on remains of infected plants. 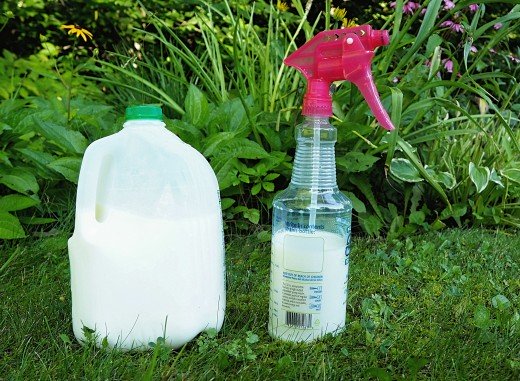 Most types of powdery mildew look the same and are treated in the same way. Prune away parts of the plant infected by the mildew. If the whole plant has the fungus, pull it up and destroy it.

Do not put it on the compost heap as spores may spread before the plant can decay. Milk is said to cure powdery mildew in zucchini and other squash. Mix a solution of one part milk to nine parts water and spray it on the affected leaves.

Taking precautions in the garden can prevent powdery mildew and keep it from returning. For roses in particular, select resistant varieties.

Shade promotes humidity and the fungus, so plant in full sun if the plant can tolerate it.

Prune susceptible plants regularly so light and air can get in between the branches and leaves. Be judicious with fertilizer. Excessive nitrogen yields heavy leaf growth, which promotes crowded conditions and a good environment for powdery mildew.

Water early in the day so leaves can dry promptly. To prevent powdery mildew from returning the following year, clean up fallen leaves and plant remains at the end of the season.

Keeping Ahead of Powdery Mildew 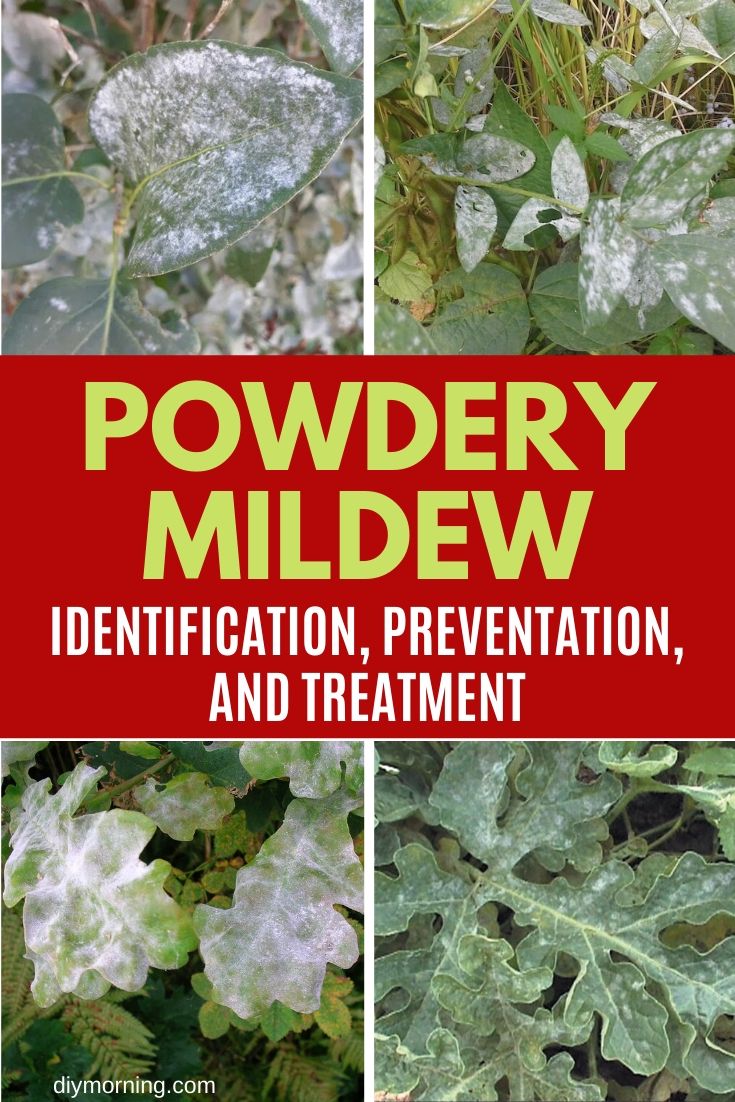 Spark Up Your Summer Party for Adults With These Terrific Ideas

Why are Instant Pots Becoming a Must Have Kitchen Appliance

Chic Ways To Prepare Your Home For The Chilly Season