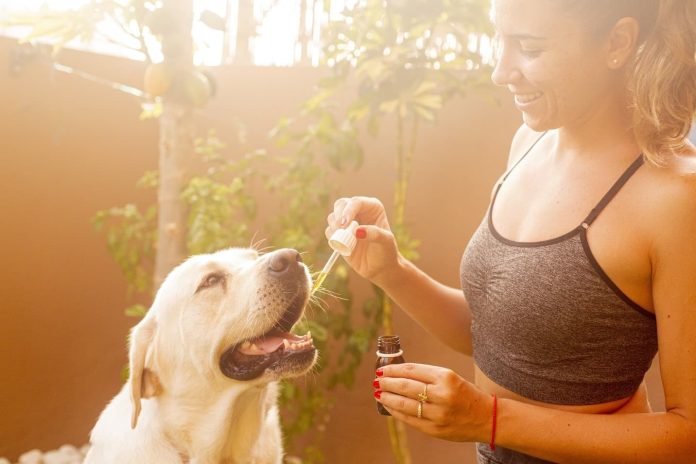 When it comes to pet wellness, there is often a lot of information floating around the internet. This makes it really difficult for pet parents to know what’s true and what’s exaggerated, especially when it comes to CBD. Over the years, we’ve seen unprecedented growth in the use of this compound both by us humans and by our pets as well.

Relatively speaking, because not so much is known about this compound, so many rumors are being spread around about what it can and cannot do, how safe it is for pets and its legal status. For concerned pet parents who want their pet to be healthy but are new to this space, things could get really confusing.

While CBD has been used effectively to treat several medical conditions in dogs, it can not treat every illness your pet suffers from as some people claim. That said, we must mention that the compound is really potent as it has even been found to stop the growth of cancer cells. In this article, we’ll go over what you should know about CBD.

CBD, which means cannabidiol, is one of about 100 cannabinoids that occur naturally in cannabis. The cannabis plant itself contains over 400 important chemicals; cannabinoids included. When it comes to cannabinoids, cannabidiol and tetrahydrocannabinol (THC) are the two most popular cannabinoids for different reasons. Visit https://www.news-medical.net/health/What-are-Cannabinoids.aspx to learn more about cannabinoids.

CBD is popular because of its many health benefits and effectiveness in treating several illnesses. THC, on the other hand, is famous because it is the primary psychoactive ingredient in marijuana. In simpler terms, when marijuana is consumed, THC is what is responsible for the “high” that usually follows.

The connection that CBD, THC, and marijuana share is why so many pet parents are skeptical about buying CBD products for their canine friends. This hesitation isn’t out of place, and in fact may have helped some parents save their dog’s life. However, we must clarify a few things.

We must make it clear that for the most part, cannabidiol is in no way harmful to dogs as long as it is administered in the appropriate dose. What dog owners should fear and keep their dogs away from is THC as the smallest trace of it can be harmful to dogs. Now, although CBD can be found in marijuana, most of the commercially available cannabidiol in the U.S. is obtained from hemp.

Hemp and marijuana are strains of the cannabis plant and they both contain cannabidiol and tetrahydrocannabinol, however, in varying quantities. CBD is primarily extracted from hemp and not marijuana because the former contains a negligible 0.3% THC. For us humans, this amount of THC is incapable of making us high but for pets, it could still be harmful. This is why top-quality manufacturers of CBD oil for dogs get rid of even this slight trace of THC.

Since hemp is legal in all states in the U.S., the use and consumption of hemp-derived CBD are technically legal. However, many states have certain restrictions especially when it comes to cannabidiol consumption by pets. These restrictions vary between states, so, you’d want to make sure you’re familiar with that of your state. Click here to learn more.

What Dog Illnesses can be Treated with CBD?

Anecdotal evidence from dog owners shows cannabidiol can treat different medical conditions in dogs. Scientifically, a lot is yet to be known about the effect of the compound on both humans and animals, but initial studies have produced positive results. Below are some of the medical conditions that the compound has been found to treat in dogs:

Arthritis is a common medical condition that dogs suffer from. Normally vets prescribe NSAIDs, Gabapentin, or other pain medications for pets suffering from joint pain. But these drugs aren’t all that effective and they cause harm in the long run. For example, NSAIDs have been found to cause deterioration in joints and soft tissues and may even damage the kidney with prolonged use.

By binding to these receptors, the body may be stimulated to produce more cannabinoids naturally. This typically helps to reduce inflammation and the pain that comes with it. Getting the best CBD oil for dogs with arthritis may take some work as there are hundreds of CBD oil brands in the market today.

About 5% of dogs suffer from seizures which can be quite difficult for both the dogs and their parents. Seizures may also lead to other conditions like anxiety. Vets normally treat seizures and epilepsy with common antiepileptic drugs like potassium bromide and phenobarbital.

However, these drugs are harmful to the liver and other organs and do little to remedy the situation. But results from a study done by researchers at Colorado State on the use of cannabidiol as a treatment for epilepsy in dogs were impressive. It revealed that as much as 89% of the dogs that received cannabidiol treatment had a reduction in seizures.

Oils are one of the most common ways by which the chemical is consumed. Most pet parents add it to their pet’s food to mask its taste because cannabidiol has a raw, leafy taste that even humans don’t find appealing. Getting the dosage right is incredibly important as higher dosages have been found to cause side effects.

How To Prevent Allergens From Spreading In Your House

Your Partner Snores All Night? Here’s How To Help Them

Useful Hacks That Will Help You Make Your Appliances Last Longer

Lighten Up! Ways To Brighten Up Your Home in the Darker Months

How To Refresh Your Bedroom For The New Year

How to Always Have Electric Power Supply When Undertaking a DIY Project?