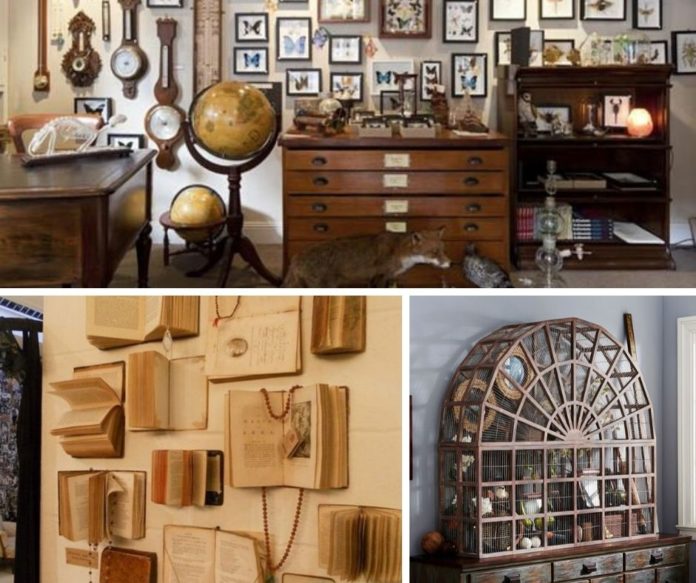 Victorian naturalist decorating is based on the 18th-century obsession with observing, cataloguing and categorising nature. Steampunk adds retro-futuristic elements.

Like any category of steampunk, Victorian naturalism has almost endless subcategories depending on the levels of technology, fantasy and personal story the steampunk prefers. Victorian Naturalism is considered separate to Victorian Mad Scientist, but considerable overlap can occur. 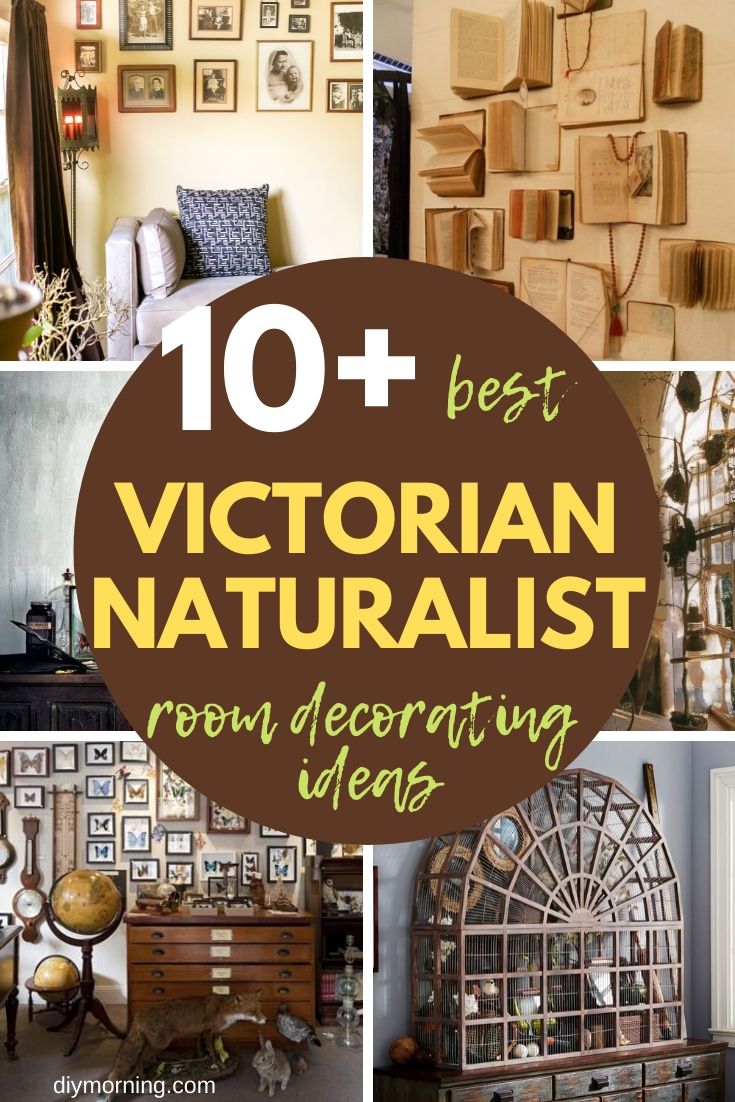 The taxidermy and skulls of Victorian naturalism lend themselves to a Gothic, “Memento Mori”-themed room. Add dark red velvet draperies, display a stuffed pheasant under a glass dome on a small table, and generally amp up the macabre nature of having animal body parts lying around the house.

Startlingly large insects under glass are appropriate for this kind of room. For an even more disturbing steampunk twist, purchase one of Lisa Black’s specimens of steampunk taxidermy.

For a more calm, feminine room consider what accoutrements a Victorian lady birdwatcher might have.

Observational drawings of birds and flowers rendered in watercolour might adorn a wooden easel; a pair of binoculars might lie on the petticoat table with a white glove; birds’ eggs might be neatly arranged in a cut-glass dish.

Draw inspiration from the softer side of nature – think roses, nature journals, Beatrix Potter, butterflies, butterfly nets and a collection of feathers.

The 2009 Pixar film Up featured, on Charles F Muntz’s dirigible, an impressive example of what a Victorian naturalist’s house might look like after visiting foreign climes. The airship had a museum-like, formal feel to it with skeletons of strange beasts everywhere, mounted on plinths and suspended from the ceiling.

This kind of look is a little difficult to pull off in a private home; however, a keen steampunk may be able to find some unique pieces such as a stuffed alligator and combine them with a Victorian explorer theme.

Old maps of darkest Africa, tribal masks and art, pieces of ivory, pith helmets and goggles can give the illusion of a scientist-cum-explorer who is cataloguing his finds. Add a couple of spears, a magnifying glass, King Solomon’s Mines and bottles of quinine for accessories. 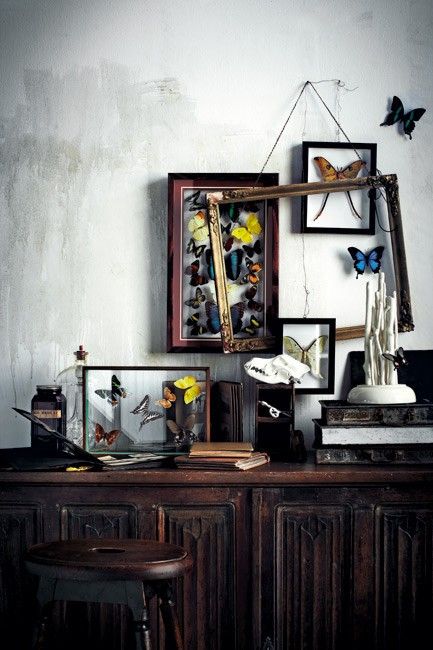 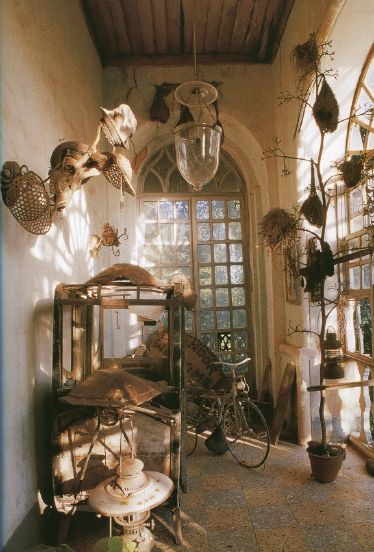 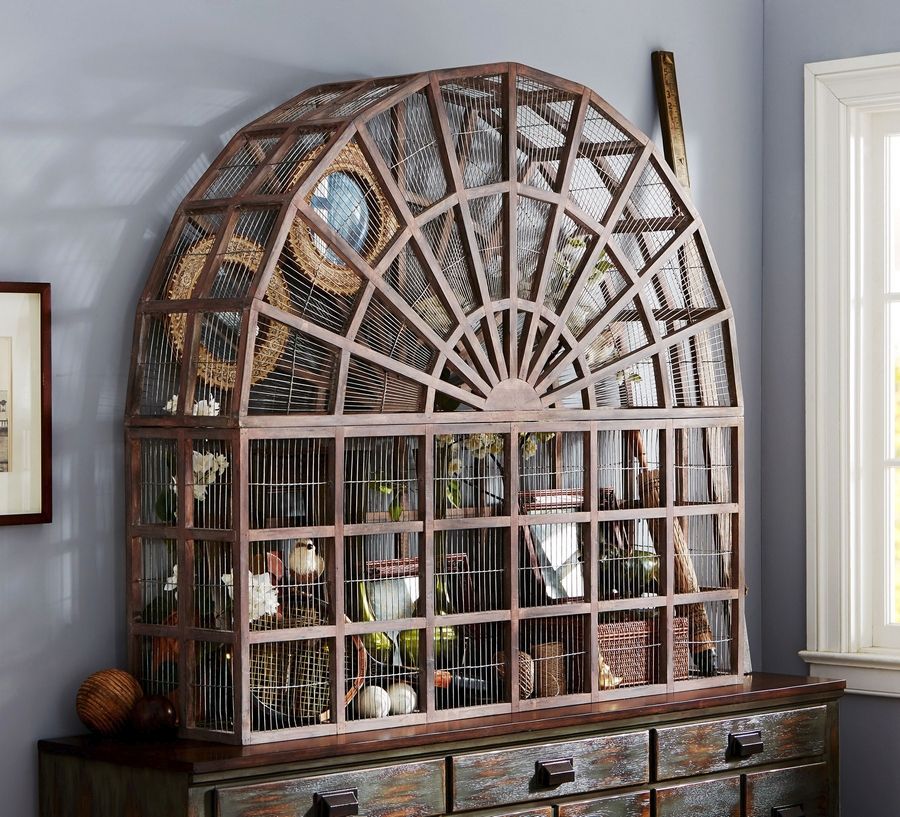 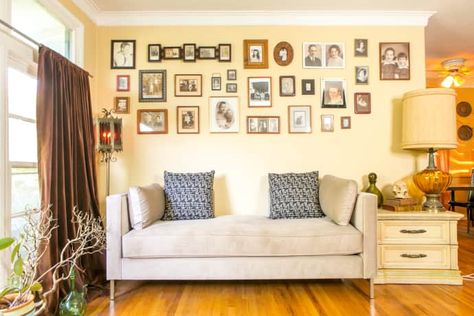 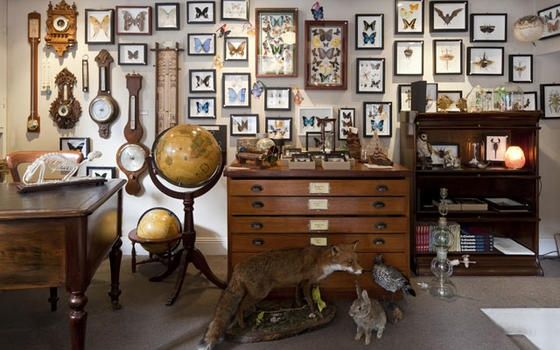 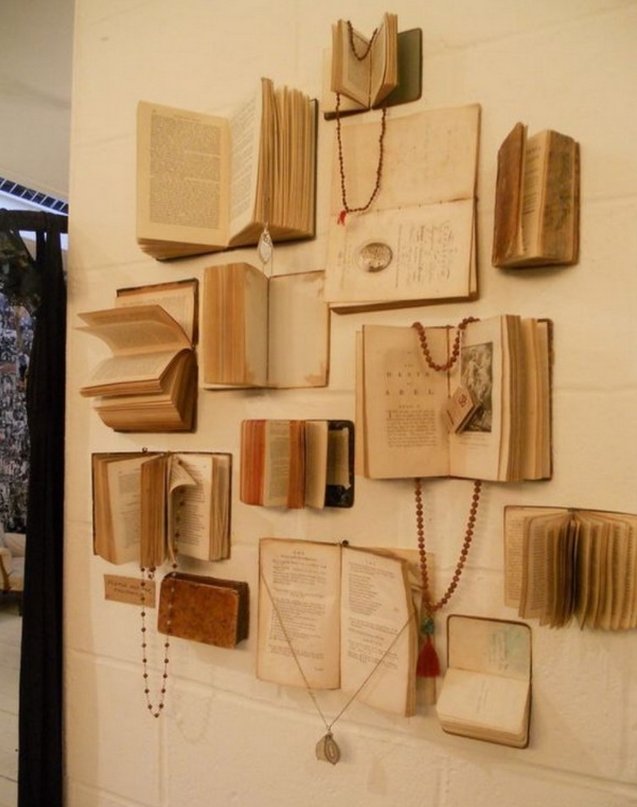 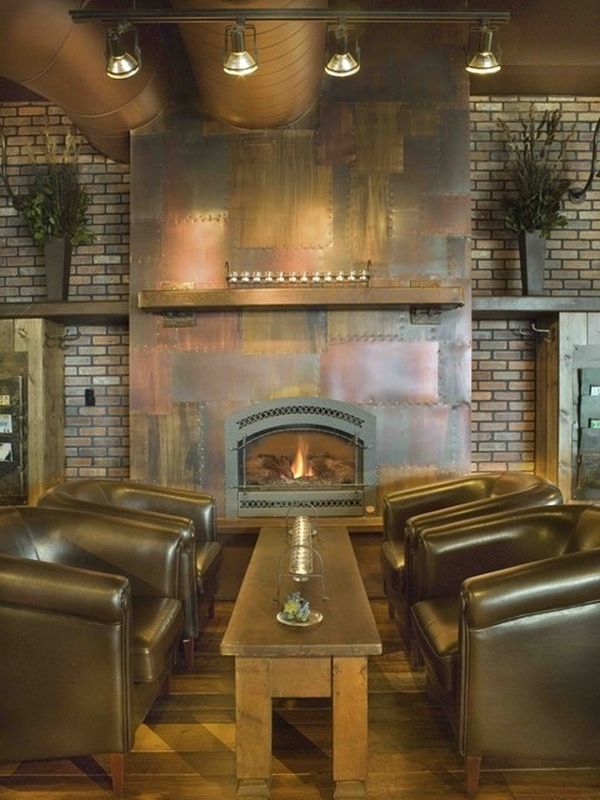 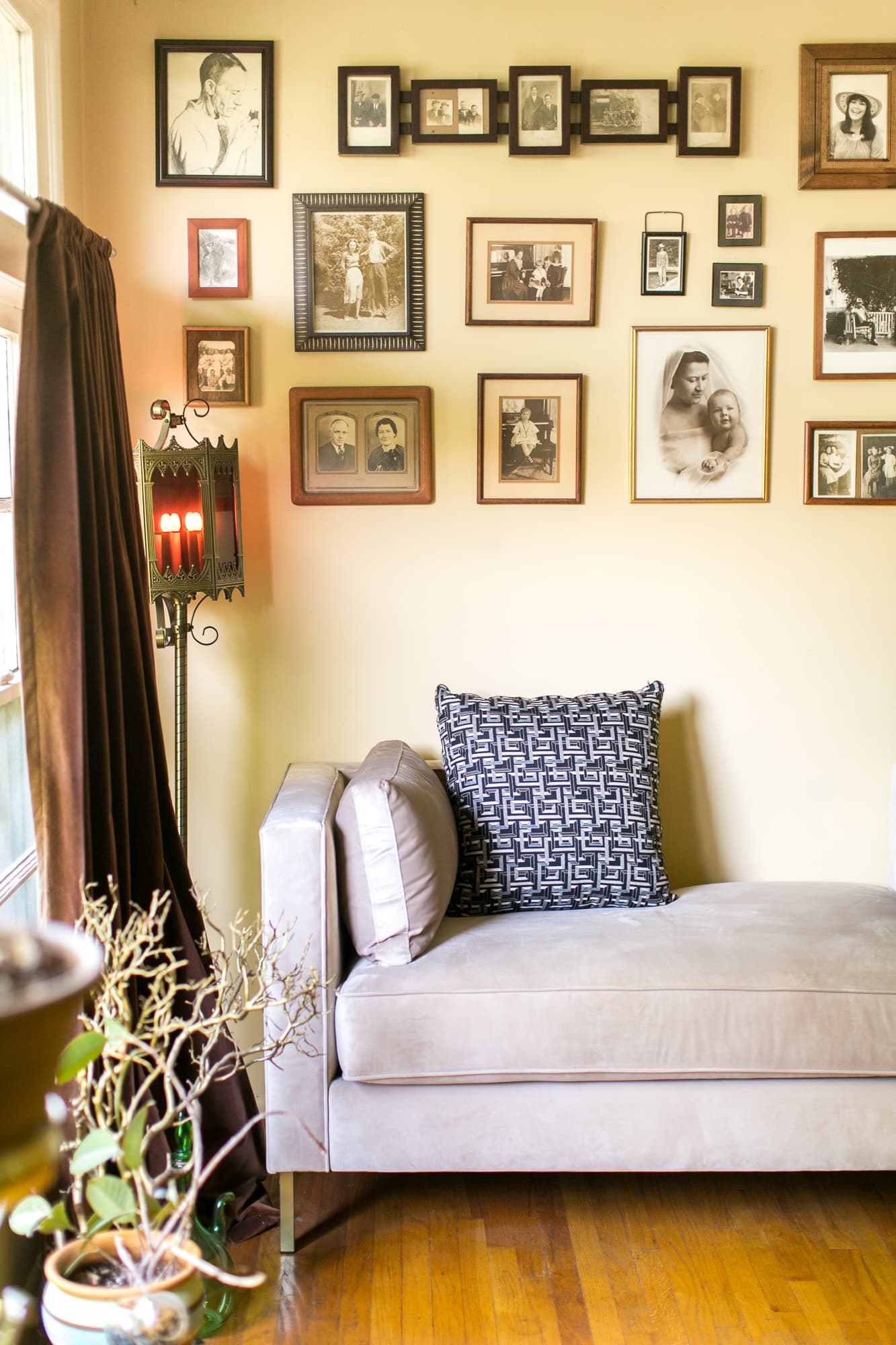 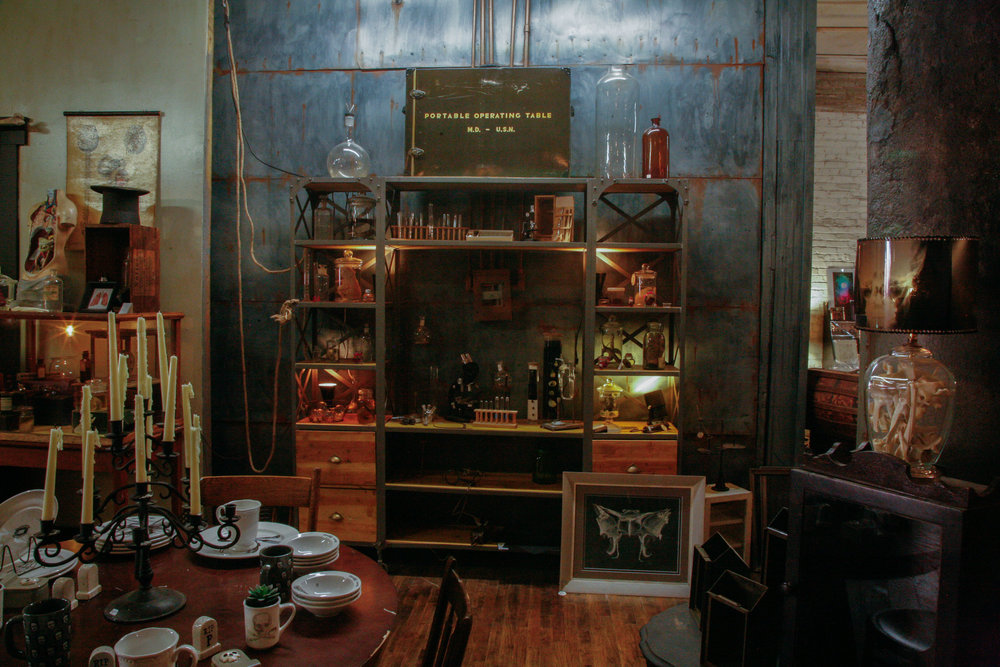